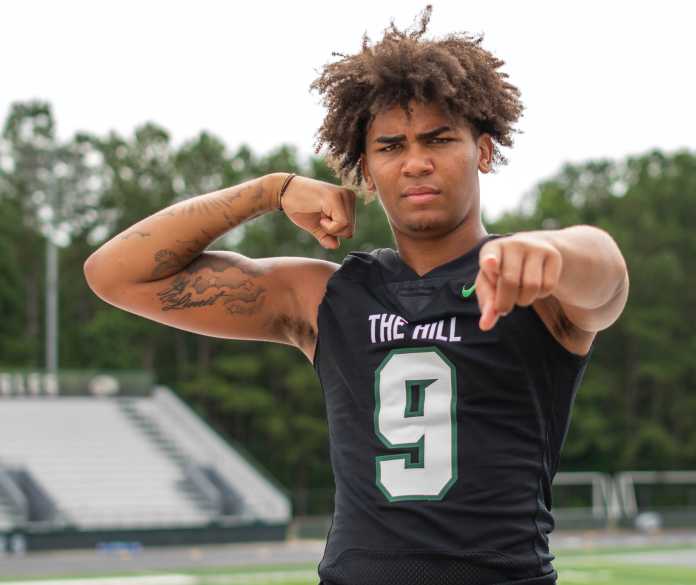 High school football playoffs are well underway and almost complete in every U.S. state. Here are a few updates on how the playoffs in some of America’s more prominent football states have gone as of now.

Make it three in a row for Thompson, as the Warriors defeated Central-PC for the 7A crown. Clay-Chalkville won the 6A title after a shootout with Hueytown.

Folsom cruised to a 20-3 state title win in the Division I CIF Sac-Joaquin playoffs, and Mater Dei defeated Servite 27-7 to win the Southern Section title. Folsom will play Cathedral Catholic in the Division 1-2A state championship after knocking off De La Salle in the semifinals. Mater Dei will take on Serra in the Open Division finals.

Venice will face off against Apopka on Dec. 18 for the 8A title, while perennial power St. Thomas Aquinas will take on Tampa Bay Tech in the 7A finals the day before. Cocoa and Cardinal Gibbons will face off in 4A, while Jesuit plays Pine Forest in 5A. 3A features a red-hot Chaminade-Madonna squad, who will play Berkeley Prep.

The top-five ranked Collins Hill Eagles will face Milton in the 7A state championship, and Buford will look for its third straight in 6A. Warner Robins makes yet another appearance in 5A, and they’ll face Calhoun.

Westgate and Easton fight for the 4A title this week after Edna Karr fell in the semifinals. Catholic-BR defeated Jesuit 14-10 for the Division I title, and E.D. White will take on University Lab for the Division II championship on Dec. 11.

Bergen Catholic cruised through the Non-Public A bracket to win another title, defeating Don Bosco Prep in the last game. Red Bank Catholic took down DePaul Catholic for the Non-Public B title.

Everything’s bigger in Texas, including the size of the playoffs with 64 teams. In the 6A D1 semifinals this week, North Shore will take on Lake Travis, and Southlake Carroll will face off against Duncanville. The 6A D2 semifinals are headlined by Katy facing Westlake for a finals berth, with the other matchup between Guyer and Tomball.