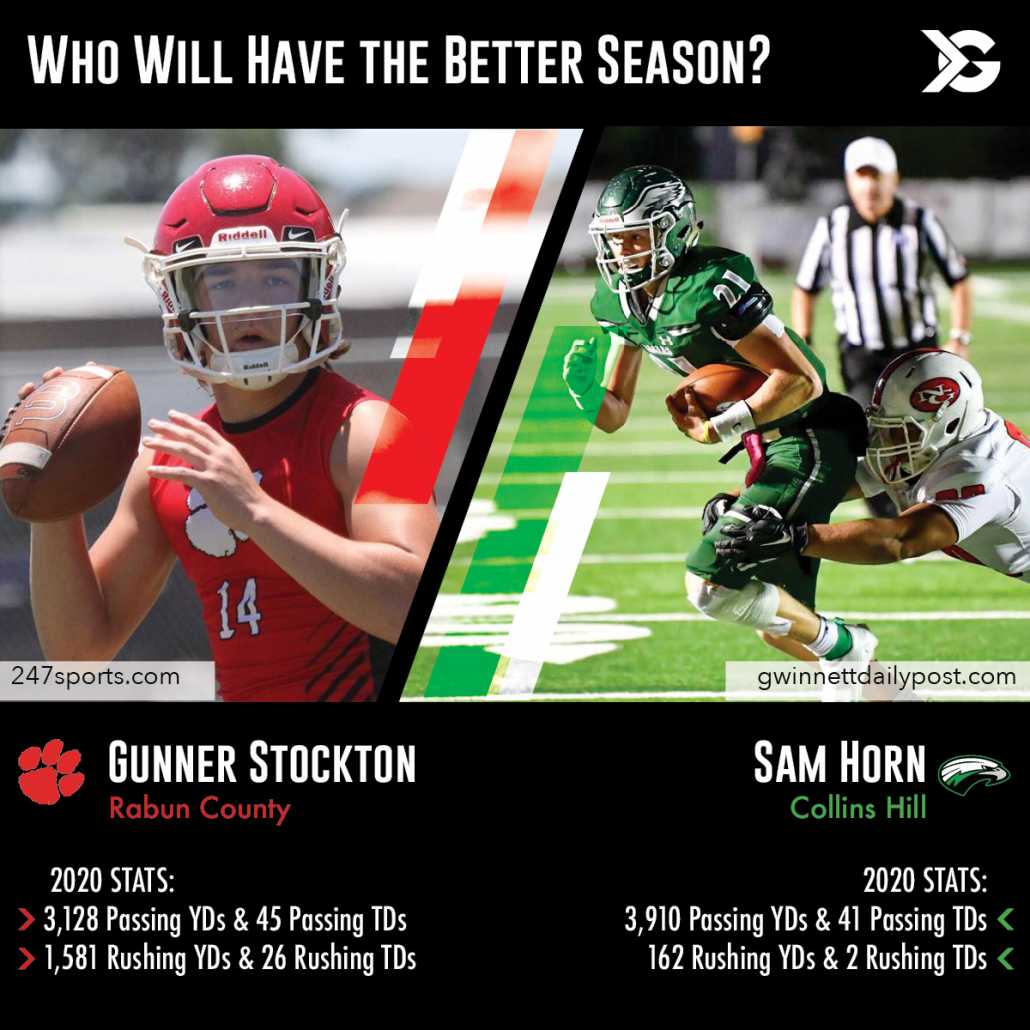 Gunner Stockton VS Sam Horn: Who Will Have the Better Season?

Who will have the better senior season in the fall of 2021: Gunner Stockton or Sam Horn?

Rabun County star quarterback Gunner Stockton will be back for more before he heads to Athens to join the Bulldogs. His impressive junior season stats include over 3,000 passing yards and over 1,000 rushing yards. The dual-threat quarterback is currently ranked as the No. 5 overall recruit in the state of Georgia for the class of 2022.

Equally as impressive is Collins Hill quarterback Sam Horn. The four-star recruit is a pro-style quarterback, and he proved he knew how to pass in 2020. His standout junior season saw him pass for almost 4,000 yards and 41 touchdowns.

Both quarterbacks are talented in their own ways, but who will have a better senior season for their respective teams? Will either quarterback lead their squad to a state championship?