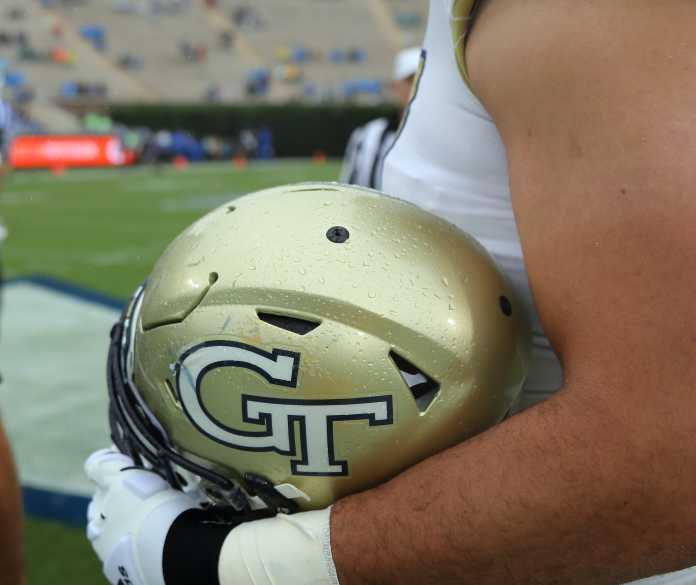 It certainly wasn’t a sight to behold last season. At Georgia Tech, a lackluster defense allowed nearly 275 passing yards and 180 rushing yards per game in 2021. Couple that with only 3 interceptions in 12 outings, and the result was a poor defense that allowed nearly 5 touchdowns per game. The Yellow Jackets defense did not leave much hope for this season, either, having lost key playmakers such as Quez Jackson, Juanyeh Thomas, and Tariq Carpenter.

For the early part of the 2022 season, not much had changed. The Jackets had been disappointingly shut out by Ole Miss, 42-0, as freshman phenom Quinshon Judkins ran wild. However, after the firing of Geoff Collins and the promotion of Brent Key to head coach, the defense immediately stepped up.

Two quick wins over Pittsburgh and Duke were fueled by the contributions of several former Georgia high school football standouts. Linebacker Charlie Thomas became a household name after recovering a fumble and intercepting a Kedon Slovis pass in Tech’s upset of the 24th-ranked Panthers. This was nothing new for the Thomasville native, who ended his high school career with 3 interceptions and several forced and recovered fumbles.

While the front seven has been solid, the most improved part of the Georgia Tech defense is the secondary. Through nine games, the Jackets had more than tripled the number of interceptions they had last season. That total is evenly spread over eight different players, a level of depth the Tech defense has rarely enjoyed over the past half-decade.

KJ Wallace and Derrik Allen, two Notre Dame transfers, have wreaked havoc on opposing offenses, combining for over 70 tackles. Wallace starred at Lovett, where he ranked second on the team in both receiving yards and tackles as a junior. A year later, he became the team leader in rushing, remained second in receiving, and moved into second place for interceptions.

Allen was a similar threat on both sides of the ball, earning him a four-star rating. Most impressive, though, is the impact of true freshman Clayton Powell-Lee, a starter at safety with a pass defense, a fumble recovery, and numerous tackles. Powell-Lee has never been afraid to get his hands dirty defensively, as his 124 tackles as a senior at Westlake attest.

Several other former Georgia high school football stars will enter the spotlight over the next few years on the Flats. The Yellow Jackets rely on talent of all ages, and that has improved their defense from nearly last in the ACC to forcing the third most turnovers in the nation and maintaining the second-best turnover margin in the country at one point. The future may be brighter for Georgia Tech, and that hope is generated by a young, productive defense.