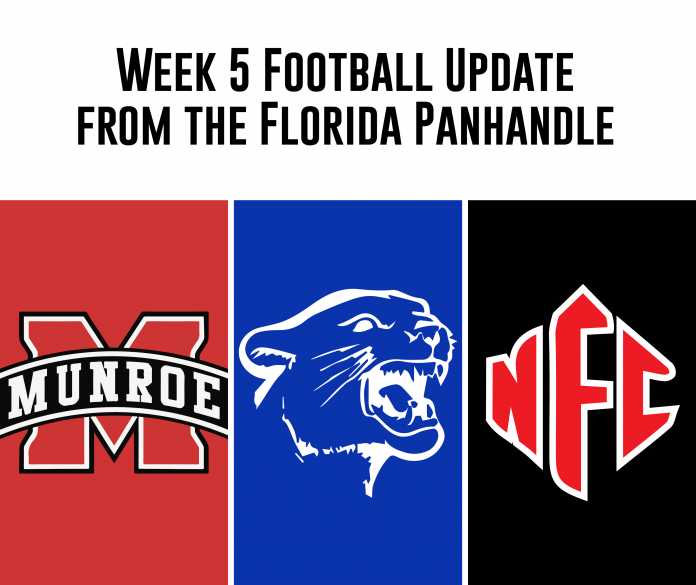 As we head into Week 6 in the capital city of Tallahassee, Week 5 of Florida high school football  has proven to be quite the roller coaster thus far. In the previous four weeks, at least one game has been cancelled in three of those weeks.

We are still waiting to see what the Gadsden County Jaguars look like, but on paper FSU legend head coach Corey Fuller has a team stacked with players receiving love from Power Five schools like Miami, Tennessee, Alabama, Georgia, and Texas.

The NFC Lions were forced to quarantine and cancel a game due to a player on the Jefferson County team being asymptomatic and testing positive for COVID-19.

North Florida Christian (2-0), an eight-time state champion, hasn’t been the same powerhouse of years past, but they hope this year will bring back old days of glory as they have currently outscored opponents 73-0.

The Lincoln Trojans, who at one point were considered a Florida State farm system due to the high caliber of talent the school produced, has been in a bit of a rebuild, causing them to bring back Trojans alum and former NFL quarterback B.J. Daniels to right the ship. Unfortunately for Daniels, he faced off with the Rickards Raiders. The Raiders have struggled the past three seasons after making a run to the Elite Eight in the FHSAA state playoffs, losing to Pointe Verda (30-21), who lost to American Heritage in the finals that year (35-33).

The Godby Cougars were knocked back down to earth last year, going 6-7 after going 11-2 in 2019 and 11-1 in 2018. A big piece of the reason for last year’s decline was the strength of their schedule. Godby became a bit of a local powerhouse in those two years and decided to up the competition by scheduling schools like Trinity Christian out of Jacksonville; Orlando Edgewater; Coffee County out of Dothan, Alabama; and did I forget to mention Miami Northwestern in a preseason jamboree (losing 22-13)? Godby always puts a top-notch product on the field, and this year, despite the strangeness of navigating through a pandemic, I think it’s safe to assume the Godby Cougars, like the rest of the Leon County football programs, will persevere.

Share
Facebook
Twitter
Linkedin
Email
Previous articleSports That Require the Most Running
Next articleFlorida High School Transfer Rule: Good for the Student-Athlete, Bad for the School