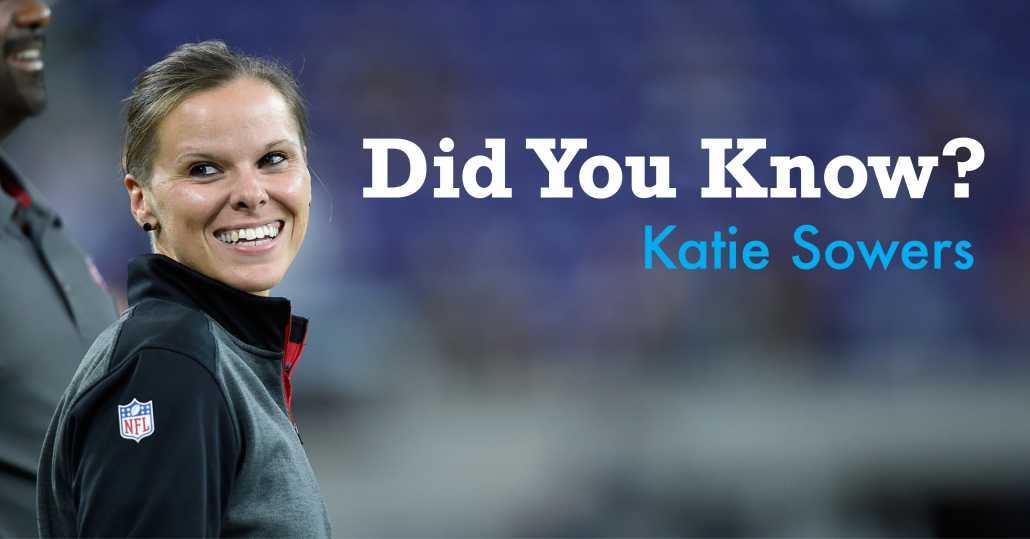 It’s that time of the year when football lovers come together with food, drinks, and friends to celebrate a national holiday: the Superbowl! This year, the Superbowl game is being held in Miami, Florida, so if you’re going, you can expect to have a good time. If you’re like me, you’ll be enjoying the game from home with a plate of chicken wings and fries.

Many are expecting to see a great game between the San Francisco 49ers and the Kansas City Chiefs. Not only is this the first year in a long time that the Patriots didn’t make it to the big game, but history is being made as this is the first time in Superbowl history that a woman will be coaching. That’s right! Katie Sowers is an offensive assistant coach for the 49ers! This week, we’ll learn some facts about this trailblazer.

Fact 1: Sowers is the first openly gay coach in the NFL, male or female. Her message is to spread love and gender equality.

Fact 2: Before coaching for the 49ers, Sowers interned and was the training camp assistant for the Atlanta Falcons.

Fact 3: Sowers is in her fourth season in the NFL and doesn’t plan to stop anytime soon.

Fact 4: Her career began as an athlete for the Women’s Football Alliance. Sowers was named one of the most influential women in sports. She’s been playing football since she was 8 years old.

Fact 5: Sowers received her education from the University of Central Missouri.

Who will win the Superbowl? Tell us your predictions! Good luck to both teams.

4 Drills to Improve your Combine Numbers

Transition, Impact, and No Shortcuts

Is Parity Bad for Sports?