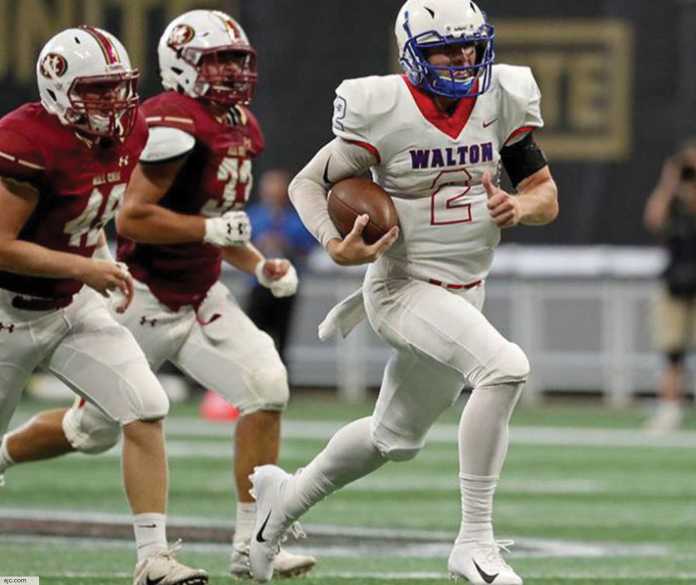 Top teams from across the state, and some out of state, are invited to compete in this Week 1 series of games, many of which are played in the Mercedes-Benz Stadium, home of the Atlanta Falcons. In the past few years, games have also been played at Center Parc Stadium, formerly known as Turner Field, the now home of Georgia State University football.

The Corky Kell Classic looked different last year due to concerns surrounding COVID-19, with games being played at several different sites, but the tradition is back to normal and set to kick off the 2021 season in spectacular fashion, with some of the most exciting matchups of the year.

The first game features Cherokee High School facing off against Mays High School on Aug. 18. That game will be held at West Forsyth High School.

Cherokee will be led by senior quarterback and University of Maryland commit, AJ Swann, who threw for over 2,000 yards and 21 touchdowns in his junior season.

One of the best matchups of the classic puts 7A State Championship runner-up Collins Hill against the always dangerous Brookwood. This game will feature some of the top recruits for the 2022 class.

Collins Hill and top-ranked cornerback Travis Hunter will get to match up against Brookwood and 6’3” wide receiver Samuel Mbake.

Hunter, who is already committed to Florida State, looks to have another great year but will be tested in this first game against Mbake, who is being recruited by many Division I programs.

Brookwood has played in the Corky Kell Classic every year since the event began back in 1992.

Another game to watch will be defending 6A state champion Buford against 7A North Cobb, who put up an impressive season a year ago before eventually losing in the second round to football powerhouse Lowndes.

Buford has been one of the state’s best football programs over the last decade or more and will be looking to add another state title to their trophy case. North Cobb will be a great early-season test for the Lions.

The Corky Kell will also feature out-of-state teams coming to match up with some of Georgia’s best as Hoover comes to town looking to get a win against North Gwinnett.

This is more than just a showcase for the top high school football programs in the state, as all money raised during the Corky Kell Classic will go to the Corky Kell Scholarship Fund, which helps student-athletes pay for college.