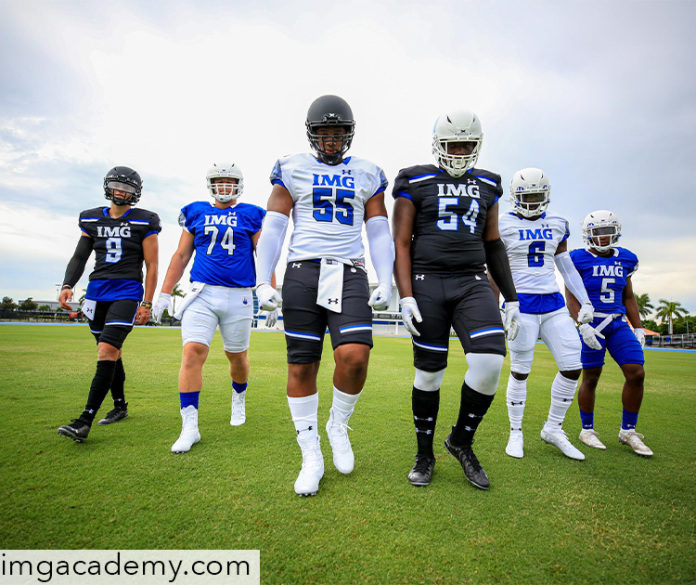 A five-star recruit in the Class of 2023, Richard Young is the top running back recruit in the state and has rushed for over 1,000 yards this season with 10 touchdowns at Lehigh Senior. Kaytron Allen, a four-star Penn State commit, is one of the top overall rushers in the state this season leading a dominant IMG Academy rushing game.

The wide receiver group features three top talents headlined by Brandon Inniss, a five-star recruit and the No. 1 wide receiver in the Class of 2023. Through the first four games of the 2021 season, Inniss accounted for 500+ total yards and two touchdowns for the Patriots.

Joining Inniss are Azareyeh Thomas and Jayden Gibson, both of whom are four-star prospects and Top 20 overall players in the state of Florida. Both Thomas and Gibson are versatile playmakers who combine for 500+ yards and 11 touchdowns receiving so far this season.

A four-star Alabama commit, Jaleel Skinner is regarded as the No. 10 overall player in the state of Florida, as well as the top tight end in the country. At 6’5”, Skinner is not only a strong blocker at the tight end position, but is also an excellent receiver capable of lining up both on the line of scrimmage and out wide.