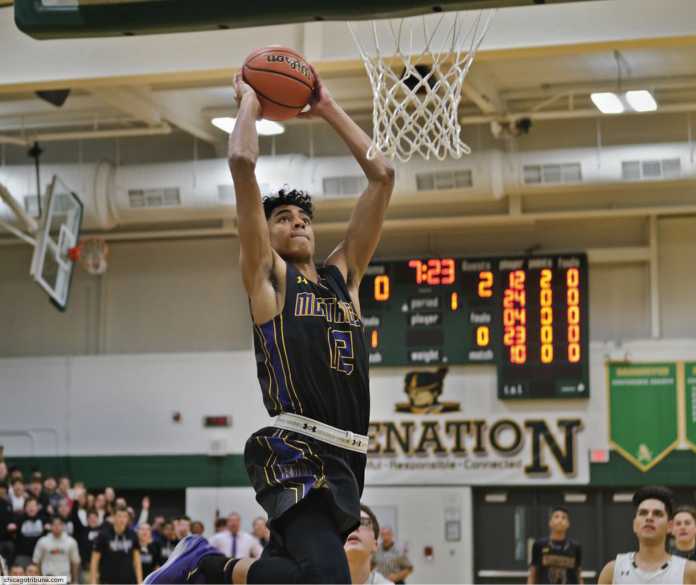 With the 2021 McDonald’s All-American Game not being played this year, it would still be fun to break down what may have happened. To do that, let’s break down what might’ve been the starting five for the East and the West, who would win, and who would win the MVP in this hypothetical high school basketball 2021 All-Star Game.

Leading the East offense is the top point guard in the country, JD Davison. The Alabama commit is extremely athletic and has the ability to easily create an open shot for himself and others with the ability to score 30+ points on any night. Due to his scoring abilities, highlight-reel caliber plays, and the way All-Star games are played, Davison would be a popular pick to win a potential All-Star Game MVP award.

Starting at SG for the East team is Michigan State commit Max Christie, the top pure SG in the country. Christie is a phenomenal shooter who has a high basketball IQ with the ability to score at any level and is a candidate to put up big numbers in an All-Star Game, depending on if the shots are falling.

At SF is the athletic AJ Griffin. The Duke commit is a versatile player on both offense and defense and can beat you in many ways. Griffin could flash several skills in an All-Star Game and has the ability to be a good two-way player.

Starting at PF is arguably the top power forward in the country, Caleb Houstan. The Michigan commit has the ability to stretch the floor as a good shooter. Houstan is a quality big man who has the ability to give any defense problems.

Rounding out the lineup for the East team is one of the best all-around big men in the country. Jabari Smith, an Auburn commit, is capable of hurting a defense in many ways at 6’10” and 210 pounds, and his all-around abilities on the paint make this East team good.

The West team starts with one of the best pure scorers in the country leading the way. Hardy is considered an elite scorer and is rated as the top combo guard in the country. Due to his elite offensive abilities, Hardy would be a favorite to shine in this game, as well as win MVP.

At SG is the second best combo guard in the country, Hunter Sallis. Sallis is a bigger guard who has a high basketball IQ and the ability to lead an offense.

The West already has the top combo guard, and now they have the top SF in Patrick Baldwin Jr. Baldwin may be the most complete SF in the Class of 2021 as he can do most anything at multiple positions. If you were to look for a complete player in this game, Baldwin is your guy.

Starting at PF is one of the best players in the country. At 6’9” and 235 pounds, Banchero is a dominant big man who has the ability to play the four or the five. The Duke commit can dominate the paint and is a handful for any defense.

The West rounds out their team with the top overall player in the country, Chet Holmgren. At 7 feet tall, Holmgren is a generational type of talent at center who can do everything well, including scoring, passing, and shot blocking in particular. If the best overall player wins the MVP, Holmgren should be the one to win it.

This game would be close, with the star power of the West team being the deciding factor with Jaden Hardy taking home the MVP honors. Who do you think would win this All-Star Game, and who is your MVP?