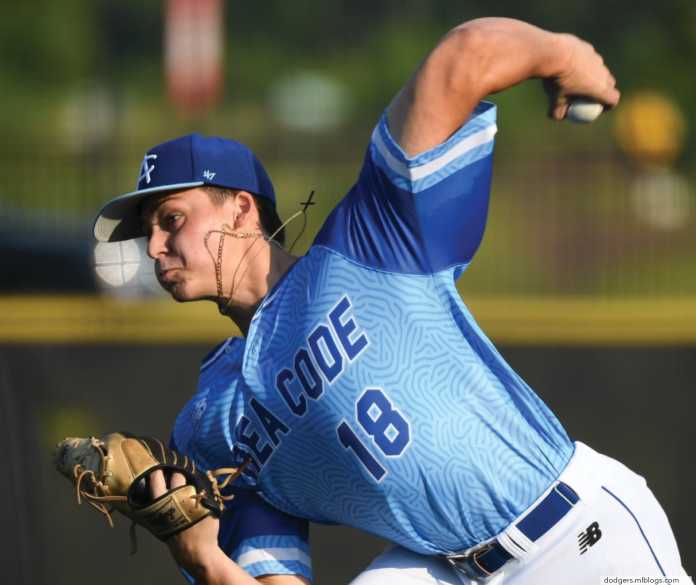 The Last 5 No. 1 Ranked Players in Alabama: Where are They Now?

The state of Alabama has always had a history of producing top high school baseball stars who have gone-on to the next level to have success. Here is a look at the last five players from the state to be rated No. 1 in Alabama by Perfect Game, and where they are now.

The top player from the state of Alabama a year ago was Bruns, a dominant left-hander from UMS-Wright and the East Coast Sox. Selected in the first round of the 2021 MLB Draft by the Los Angeles Dodgers, Bruns made his professional debut this past season appearing in four games with the ACL Dodgers posting a 16.20 ERA in limited action. Bruns is currently the Dodgers No. 12 prospect.

A two-sport star at Hoover, Ashford was the starting quarterback for the Bucs, as well as a star outfielder who hit .353 during his senior season. Ashford went on to attend Oregon where he is currently playing both football and baseball for the Ducks. Appearing in 20 games for the Ducks a season ago, Ashford hit .200 with two RBI’s and three stolen bases.

Arguably the top player to come from the state of Alabama in recent years is Henderson. Attending Morgan Academy, Henderson played with multiple different teams on the travel baseball scene that included TPL National, Houston Astros Scout team, and Elite Squad. Selected by the Baltimore Orioles in the second round of the 2019 MLB Draft, Henderson is currently the Orioles No. 4 prospect, as well as the No. 74 prospect in baseball, and is coming off a phenomenal 2021 season that included a .258/.350/.476 slash line with 17 home runs, 74 RBI’s, and 16 stolen bases in 105 games across three different minor league levels.

One of the top shortstops from the state in recent years, Jackson starred at St. Luke’s, as well as on the travel baseball scene playing with the Coast Titans and East Coast Sox Select. Jackson was selected in the second round of the 2018 MLB Draft by the Los Angeles Angels where he is currently the Angels No. 5 prospect. Jackson appeared in 51 games during the 2021 season across Rookie Ball and Low-A in which he slashed a combined .277/.358/.548 with 10 home runs, 50 RBI’s, and 13 stolen bases.

A standout at Cullman High School, as well as with the Georgia Jackets, Heatherly was selected in the third round of the 2017 MLB Draft by the Cincinnati Reds. Debuting in the Reds organization in 2017, the left-hander would post a combined 4.99 ERA across 39.2 innings pitched. Making only five appearances this season with the ACL Reds, Heatherly posted a 5.19 ERA across 8.2 innings pitched.