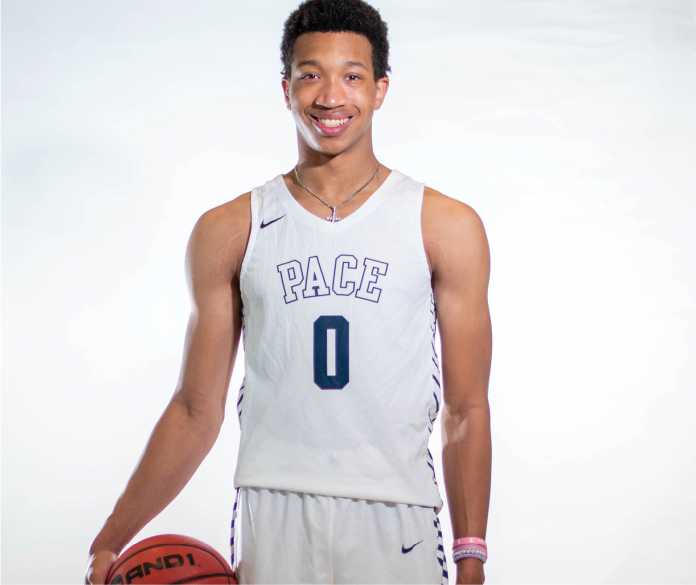 Matthew Cleveland on Pace to Be Great

The love of sports come at an age of remembrance for most people. But Pace Academy senior forward Matthew Cleveland became enthused with the athleticism of sports figures from nearly toddler age.

Before transferring to Pace, Matthew went to Cambridge High School during his freshman and sophomore seasons.

But since becoming a joining Knights basketball, he has been a star averaging 22.5 points, 8.5 rebounds, and 2.9 steals per game with a 3A state title in 2020 while racking up a plethora of athletic scholarship offers.

His father, Ralph Cleveland notes when he noticed the interest in sports for Matthew.

“Matthew has always gravitated towards sports in general,” Ralph said. “You would think a two- or three-year-old would barely watch tv but he would be enthralled with sports. We had a mini goal in the house that he would play on. It’s never not been a thing with him.”

Though a quiet and reserved kid, Matthew is a fierce competitor his dad says.

He said that though you may have to pull Matthew to communicate, the talent and smarts were evident from a young age.

“Matthew has hit his stride from an academic standpoint at Pace Academy and is an extremely bright kid,” Ralph said. “He was identified as talented and gifted early on. He is very much an introvert. You are going to have to get to know him because he is not going to be overly expressive. But I know there is a fire that burns in his competitive nature. I remember when I used to play him in video games when he was a little kid, he would still want to win. It would drive him nuts not to win. He is also kindhearted. Outside of sports, he is very protective of others. Once you get to know him, he is very loyal and wants to be there for the people he cares about. He has a great sense of humor, too. You just have to get him talking.”

Check him out in our Georgia February/March 2021 magazine right here for FREE! This issue features Jabari Smith from Sandy Creek and more great athletes.