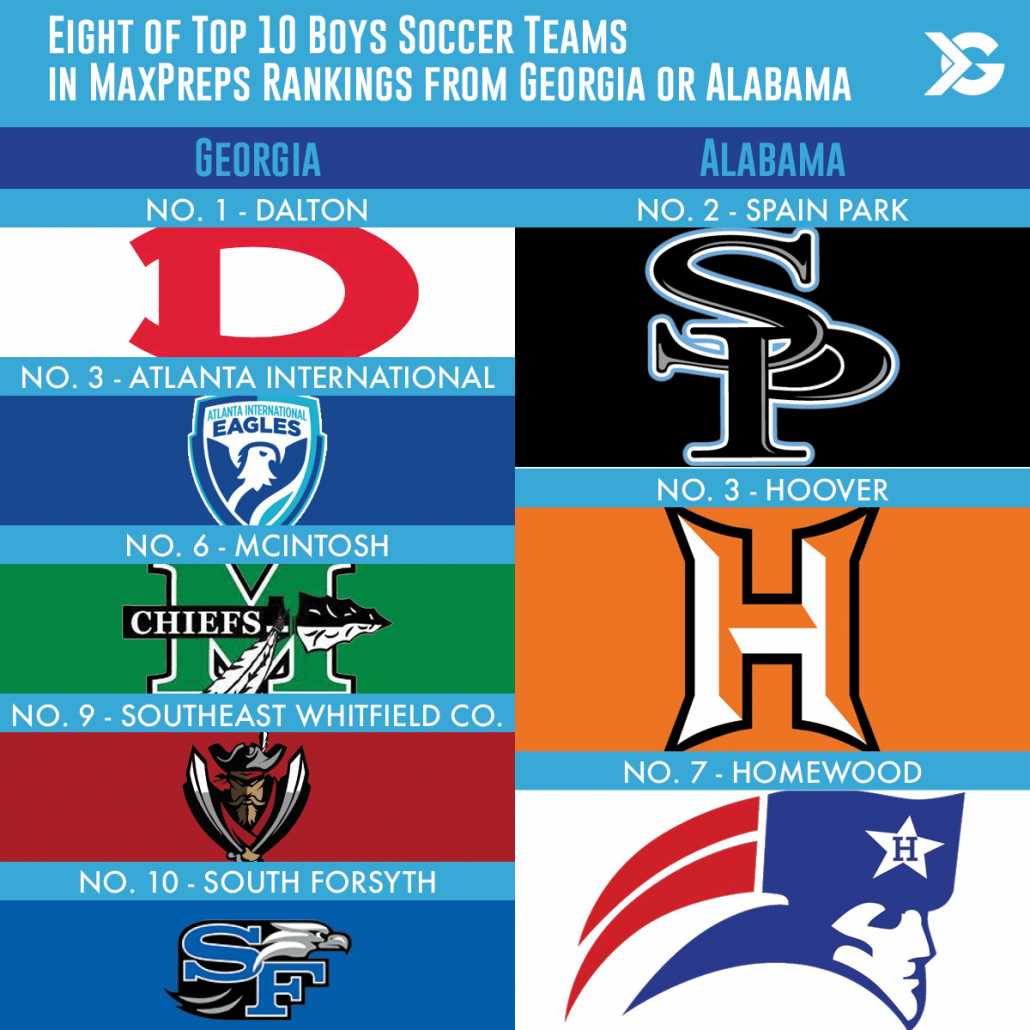 Two neighboring states are dominating boys’ soccer this season. As of the May 11 MaxPreps’ rankings, eight of the Top 10 boys’ soccer teams are from Georgia or Alabama. Representing the Peach State at No. 1 is Dalton, followed by Atlanta International at No. 3, McIntosh at No. 6, Southeast Whitfield County at No. 9 and South Forsyth at No. 10. The three teams from Alabama are Spain Park at No. 2, Hoover at No. 5 and Homewood at No. 7. The only teams in the Top 10 from outside these two states are Chapin at No. 4, and Catawba Ridge at No. 8. Both teams hail from South Carolina.