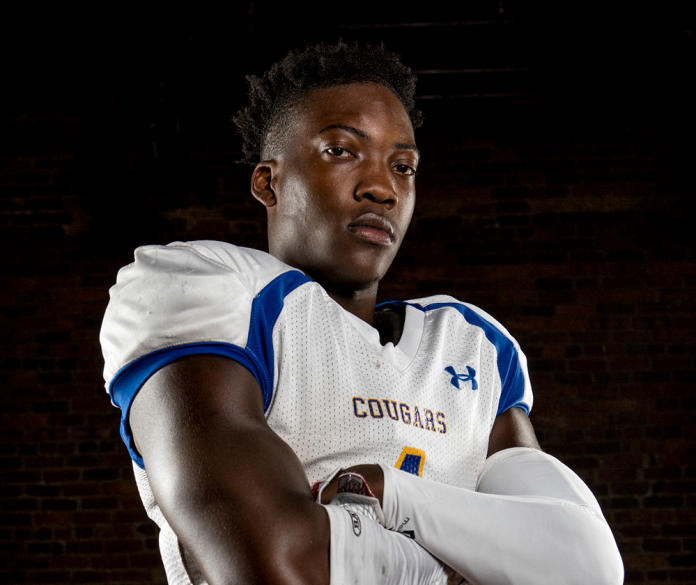 It was a weekend for the record books, especially for the University of Georgia. The defending national champions had an NFL Draft-record 15 players taken in seven rounds. Eight of those selections came from the defensive side, representative of the suffocating defense the Bulldogs exhibited in 2021. The previous UGA program record was nine, but this year’s NFL draft rewrote those books.

Five Bulldogs, all from that historic defense, were taken in Thursday’s first round. Upson-Lee (GA) native Travon Walker began the night strong as the first overall selection to the Jacksonville Jaguars.

Fan-favorite defensive tackle Jordan Davis was next off the board at 13th. Davis was only a 3-star recruit out of Mallard Creek (NC), but his size caught the eyes of Kirby Smart. Another Georgia native, Crisp County’s Quay Walker, was picked up by the Packers at 22. Devonte Wyatt (Towers, GA) joined him soon after with the Packers’ second first-round selection.

Former Trinity Christian (TX) playmaker Lewis Cine was selected by the Vikings with the final pick of the first round. Cine had a brilliant high school senior season with the undefeated Tigers, leading the team in tackles and tackles for loss while intercepting two passes and causing two fumbles. Safe to say his production has translated to the next level.

The second and third rounds featured four Bulldogs being drafted, two on each side of the ball. The Steelers, with the 52nd pick, took WR George Pickens (Hoover, AL), who had suffered a torn ACL in 2021 spring practice and missed much of the ensuing season. Running back James Cook, whose brother Dalvin currently plays for the Vikings, was drafted by the Bills eleven picks after Pickens. While Dalvin played in high school at Miami Central (FL), James started at Northwestern (FL), Central’s rival.

Nakobe Dean, a former 5-star linebacker at Horn Lake (MS), was the next UGA standout taken, with injury concerns dragging him into the third round of the draft. Channing Tindall’s (Spring Valley, SC) selection almost 20 picks later tied the school record, as he was the ninth UGA player taken in this NFL draft.

Two more Georgia products were taken in the fourth round, with Zamir White going to the Raiders as the second running back taken from the school. “Zeus,” as he’s known, was the top-rated back in the nation coming out of Scotland County (NC), where he rushed for over 2,000 yards as a senior before an ACL injury sidelined him for much of the state playoffs. Another former high school star, punter Jake Camarda, was taken in the fourth round as well. Camarda (Norcross, GA) was the nation’s top punter in his class, and he averaged over 46 yards per boot as a senior.

All remaining Bulldogs were taken in the sixth round of the draft. Two interior guards were taken within five picks of each other: Justin Shaffer, selected by the hometown Falcons; and Jamaree Salyer by the Chargers. Both Shaffer and Salyer played high school football in Georgia (at Cedar Grove and Pace Academy, respectively), but Salyer was the higher-rated prospect, ranked as the best guard in the nation at the time. The two record-breaking picks for UGA came back-to-back, as the Rams selected CB Derion Kendrick (South Pointe, SC) and the Falcons chose TE John FitzPatrick (Marist, GA) with picks 212 and 213 in the NFL draft.

In total, 14 of the Bulldogs’ 15 selections played high school football in the Southeastern United States. Lewis Cine is the only exception, having played in Texas alongside Deion Sanders’ son, Shedeur. Seven players originated from the state of Georgia, with four beginning their careers in the Carolinas.

With their draft record 15 picks, UGA moves past Ohio State (2004) and LSU (2020), who each tied with 14. The Texas Longhorns once had 17 selections back in 1984, but the NFL Draft consisted of 12 rounds that year, drastically different from the current standard of seven.

The Bulldogs also set the record for the most defensive players taken in the first round from the same school. That record was previously held by a pair of Florida schools, Florida State (2006) and Miami (2004). Three different NFL teams selected two Georgia players in this year’s draft, with Green Bay taking Walker and Wyatt in the first round, Philadelphia selecting Davis and Dean, and the Falcons choosing Shaffer and FitzPatrick in the sixth round.

Six members of that daunting front seven from last season were picked in the draft, while two each of offensive lineman, running backs, and secondary were also taken. It was a wide variety of talent that UGA offered in the 2022 draft, and NFL teams made sure to recognize that production with the record 15 selections.