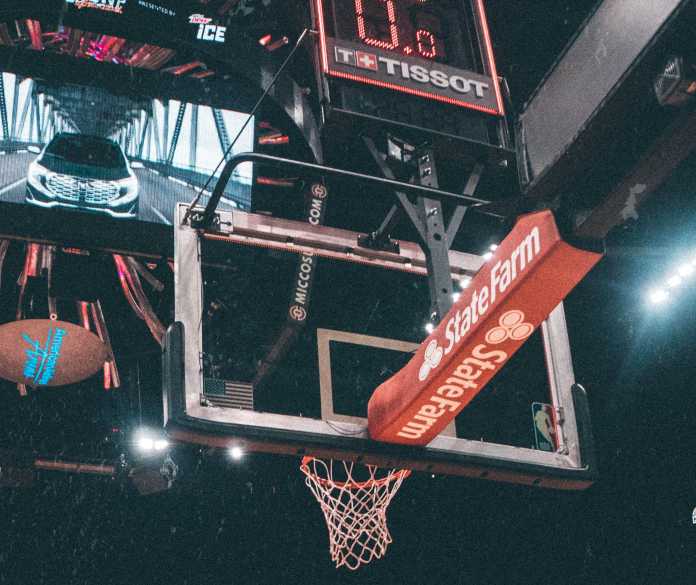 Tipoff of the Florida high school basketball season will lurk closer and closer in the coming weeks. As we begin to look ahead to the 2022-23 campaign, here are 10 key players to watch for around the state. (Rankings courtesy of the 247Sports Composite.)

Our list of key players is led by Stewart, a five-star Duke commit and Top 10 player nationally who enters the 2022-23 Florida high school basketball season ranked as the state’s No. 1 overall player in the 2023 class. The 6-foot, 8-inch forward transferred to Montverde Academy from Windermere during the offseason, after a junior campaign in which he averaged 20.5 ppg, 13.6 rpg, 4.6 bpg, and 2.3 spg for a Wolverines team that reached a 7A regional final a year ago.

A teammate of Stewart at Montverde Academy, Evans is the lone other five-star prospect from Florida in the 2023 class. Evans, a 6-foot, 9-inch Oregon commit, is considered a Top 15 player nationally in the 2023 class, and is likely to play a significant role for an Eagles team that is one of the state’s best entering the season.

James, a four-star prospect in the 2023 class, returns for Olympia this season as arguably the state’s top point guard. The 6-foot, 1-inch guard helped lead the Titans to a 7A regional semifinal appearance while averaging 25.4 ppg, 4.5 rpg, 3.4 apg, and 2.3 spg as a junior.

Johnson, a four-star Kansas commit, is yet another name to know for Montverde Academy this season. The 6-foot, 5-inch senior guard transferred from Fort Bend Elkins (TX) during the offseason after a 2021-22 campaign in which he averaged 19.5 ppg, 4.7 rpg, and 5 apg.

One of the state’s top players a year ago as a freshman, Boozer enters the 2022-23 season ranked as the No. 1 overall player in the 2025 class. The sophomore made a key impact in helping lead Miami Columbus to the 7A state title a year ago, averaging 18.9 points, 10.9 rebounds, 4 assists, and 2.2 blocks per gamae for the Explorers.

Allen, a four-star Georgetown commit, transferred to Montverde Academy during the offseason after helping lead Calvary Christian to the 4A state title as a junior. In 26 games with the Eagles, Allen 13.8 ppg, 4 rpg, and 2.7 apg.

Arguably Florida’s top prospect in the 2024 class is Knox, a five-star and Top 10 national player from Tampa Catholic. In 28 games a year ago, he averaged 20.4 ppg, 7.4 rpg, and 2.1 apg in leading the Crusaders deep into the Class 3A playoffs.

Walters, a four-star Alabama commit, returns for the 2022-23 season after an impressive junior campaign at The Villages Charter. Helping lead the Buffalo to a regional semifinal appearance, Walters averaged 24.6 points and 9.9 rebounds per game.

A four-star prospect in the 2023 class, Parker returns this season for a Crossroad Academy team that went 14-5 a year ago in Class 1A. As a junior, Parker averaged 18.9 ppg, 7.2 rpg, and 3 apg for the Scorpions.

The final name on our list of key players entering the 2022-23 Florida high school basketball season is Tucker, who transferred to IMG Academy during the offseason from the state of Maryland, where he attended Mount St. Joseph. Tucker, a five-star prospect and Top 20 national player in the 2024 class, helped lead the Gaels to a 30-win season a year ago, and he could play a key role for the Ascenders in 2022-23.