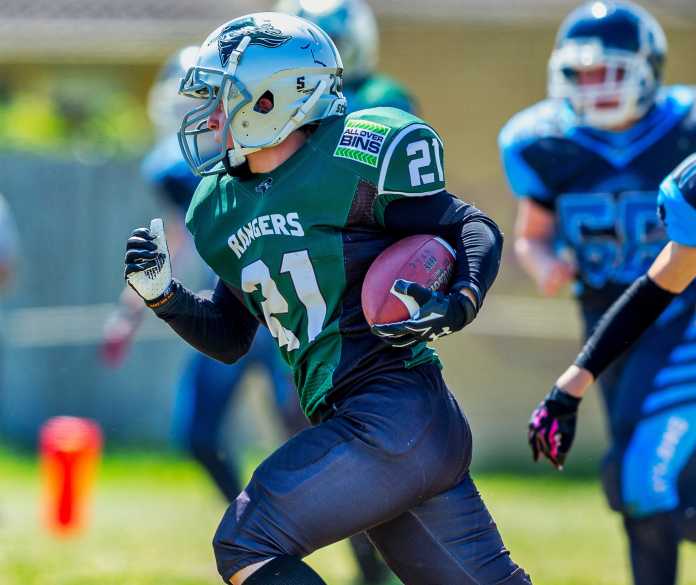 We look at some of the nation’s top high school cornerbacks ahead of the 2022 season, and one thing is clear: It’s a group loaded with five-star prospects.

Number one among high school cornerbacks entering the 2022 season is McClain, a five-star prospect and top-five national player at Lakeland High School in Florida. The top player in the Sunshine State’s 2023 class, McLain transferred from Lake Gibson after a junior season in which he picked off 10 passes.

One of the nation’s more versatile defensive backs – he would rank highly on the top returning safeties list as well – Mitchell comes in here at No. 2 just behind McClain. A five-star prospect out of Thompson High School in Alabama, the Crimson Tide commit is coming off a season in which he collected 55 tackles, 11 PBUs and two interceptions.

The second straight Alabama commit on this list of best high school cornerbacks in 2022, Hurley also comes from the Yellowhammer state, where he attends Florence High School. The five-star prospect is coming off a junior season in which he totaled 43 tackles and five interceptions.

Everything you can say about McClain in the 2023 class, you can say the same for Ricks in the 2024 class. Ricks is a five-star prospect from Florida’s IMG Academy who is not only a top-five player nationally, but also is squarely in the conversation for who’s the nation’s No. 1 player in the ’24 class.

The last of three five-star cornerbacks from Alabama on this list, Harris attends Central-Phenix City High School, where he’s one of the state’s top players in the 2023 class. The Georgia commit transferred from Glenwood, where last season he collected 31 tackles and three PBUs.

The second cornerback on our list from national powerhouse IMG Academy, Robinson joins the Ascenders this fall after transferring from Iona Prep in New York. Robinson, a five-star prospect and top 15 national player, is probably the No. 2 cornerback in the 2024 class right behind Ricks.

The first name on this list not from Alabama or Florida, Toviano is a five-star prospect from Martin High School in Texas. Widely considered a top-five player at the position in the 2023 class, Toviano is coming off a junior season that included 26 tackles defensively.

One of the nation’s top athletes in the 2023 class, Lemon is also among the top wide receivers in high school football. The four-star prospect from California’s Los Alamitos High School recorded 28 tackles, eight PBUs and four interceptions a year ago.

Muhammad, a four-star prospect in the 2023 class, comes in at No. 9. The University of Texas commit returns plays on a South Oak Cliff team that is one of the best in the Longhorn State. He’s coming off a 2021 season that included 68 tackles and three interceptions.

The final spot on our list of best high school cornerbacks entering the 2022 season goes to Rodgers, a four-star prospect out of La Grange High School in Texas. He’s committed to the Texas A&M Aggies and is coming off a junior season in which he collected 27 tackles and two interceptions, along with 21 touchdowns on offense.