The Lee County Trojans continued to amaze everyone with an incredible run through the 2018 season, finishing with a 15-0 record en route to a state championship in GHSA Class 6A. Lee County finished off their first ever undefeated season by defeating fellow Region 1-6A rival Northside (Warner Robins) by a 14-0 score.

The title was the team’s second consecutive state championship and put coach Dean Fabrizio’s Trojans in select company: Since the GHSA began crowning a state champion in 1947, Lee County became just the 13th school to win back-to-back state titles in the state’s two highest classifications, including 6A and 7A. 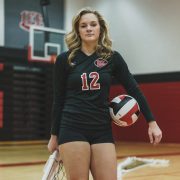 A Team Of Destiny

A Cinderella Story: From 5-5 to State Champs
Scroll to top