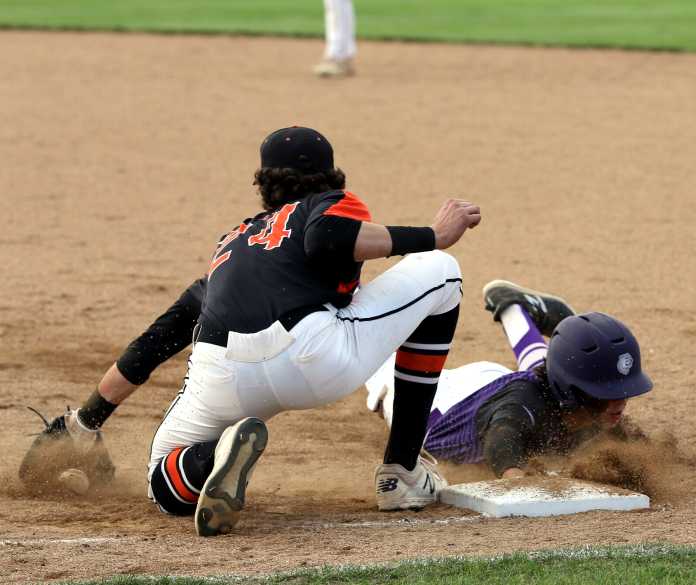 Baseball fans, the calendar has finally flipped to October, which means the 2022 MLB postseason is upon us. With 12 teams chasing a World Series title over the next month, we highlight five players to watch in the coming weeks, including a look back at their days as high school stars.

The likely AL MVP, Judge has enjoyed a historic 2022 season with the New York Yankees. Judge has belted an MLB-leading 61 home runs (tying the all-time AL single-season record) and posted numerous other league-leading totals, including RBI, OPS, OBP, and more. The four-time All-Star began his baseball career back at California’s Linden High School, where he was taken in the 31st round of the 2010 MLB Draft before playing collegiately at Fresno State.

Our list of former high school stars in the 2022 MLB postseason certainly has to include Freeman, who won the World Series a year ago with the Atlanta Braves and has enjoyed an impressive first season with the Los Angeles Dodgers, currently leading baseball in batting average, hits, and doubles. The six-time All-Star is a product of California’s El Modena High School, where he was taken in the second round of the 2007 MLB Draft by the Braves.

One of the top pitchers in baseball, deGrom has been dominant again this season for the New York Mets, posting a 3.08 ERA across 11 starts. DeGrom attended Calvary Christian Academy in Florida, but was not drafted out of high school and instead went on to play collegiately at Stetson.

You can’t mention deGrom on this list without also including Scherzer, a veteran right-hander who owns a 2.13 ERA in 22 starts for the Mets this season. The eight-time All-Star attended Parkway Central High School in Missouri, where he was taken in the 43rd round of the 2003 MLB Draft before opting to play collegiately at Missouri.

Of the former high school stars in the 2022 MLB postseason, this member of the defending World Series champion Braves definitely bears watching. The third baseman, who currently holds an .883 OPS with 38 home runs for the season, played his high school baseball in Mississippi at DeSoto Central; he was selected by Atlanta in the first round of the 2015 MLB Draft.